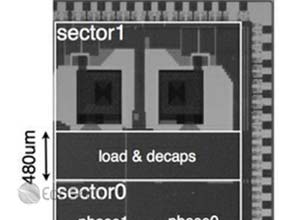 A Harvard graduate student has developed a voltage regulator with the potential to reduce the power usage of modern processing chips.

Wonyoung Kim, has developed and demonstrated a device, the multi-core voltage regulator which addresses what amounts to a mismatch between power supply and demand in modern gadgets.

Gadgets today are expected to be smaller yet more powerful with numerous applications available to their users. However, all the applications and features of modern gadgets such as cell phones and laptops use a lot of energy – even if the application itself might not need the devices’ full power.

The M.C.V.R. essentially detects the part of the gadget’s processors that are not in use and cuts power to them, saving energy.

“It’s like shutting off the lights when you leave the room,” said Mr. Kim.

This results in longer battery life and could allow for the creation of “smarter” smart phones and slimmer laptops. The technology also has potential applications in data centers where they could help lower energy use and costs.

As a DC-DC converter with an on-chip design, the M.C.V.R. can take a 2.4-volt input and scale it down to voltages ranging for 0.4 to 1.4 v. An algorithm recognizes the parts of the processors that are not in use and ensures power is only sent to where it is needed.

«This is a plug-and-play device in the sense that it can be easily incorporated into the design of processor chips,» says Mr. Kim. «Including the M.C.V.R. on a chip would add about 10 percent to the manufacturing cost, but with the potential for 20 percent or more in power savings.»