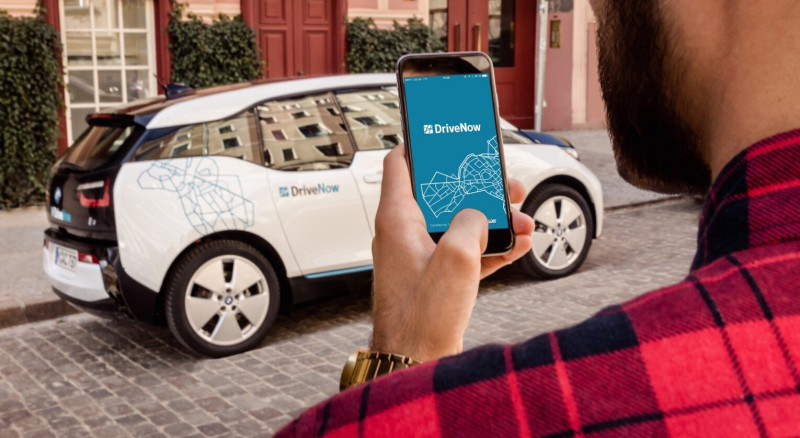 The new BMW i3s will reportedly be deployed in North and East London, thereby improving DriveNow electric vehicle (EV) availability in these areas of the city. The DriveNow all-electric i3 fleet now represents the largest such fleet in London.

The carsharing service DriveNow has added 20 new BMW i3s to its London fleet, according to a recent email sent to EVObsession — bringing the number of i3s in the London fleet up to 50.

The new BMW i3s will reportedly be deployed in North and East London, thereby improving DriveNow electric vehicle (EV) availability in these areas of the city. The DriveNow all-electric i3 fleet now represents the largest such fleet in London.

The service gives residents instant, booking-free access to zero-emissions vehicles on a more cost-effective pricing structure than other mobility services like Uber or black cabs (39p per minute with unlimited mileage and no base fare). Cars are available for pick-up and drop-off anywhere in the boroughs of Hackney, Islington, Haringey and Waltham Forest; an area the size of Manhattan. Further expansion into additional London boroughs is planned in the coming year.

DriveNow launched in 2011 in Germany and already has more than 500,000 customers in 9 cities across the world, making over half a million trips per month. By harnessing demand for vehicle services in the fast-growing global sharing economy, DriveNow aims to provide a sustainable service that reduces emissions and traffic volume in large cities.

Joseph Seal-Driver, Managing Director of DriveNow UK, commented: “We’re delighted to be expanding our electric fleet, simply because Londoners love driving our BMW i3s. It’s a great starting point for customers who want to test out a top-of-the-range electric car on a pay as you go basis with no further commitments such as monthly fees or annual subscriptions. Here at DriveNow we are committed to giving Londoners a competitive, emission-free alternative to traditional transport methods, and we’re hoping to add even more cars in the coming months as we roll out across wider areas of London.”

The news follows the announcement that DriveNow will be suspending its operations in the American city of San Francisco almostimmediately — due to there not being sufficient parking in the highly expensive city. The company claims that it is intending to return to the city in the future, but that for now, the situation is unworkable. Those that have spent much time in the city recently (and have their eyes open) can probably attest to the fact that it’s currently facing a lot of serous issues — some of which concern lack of space.