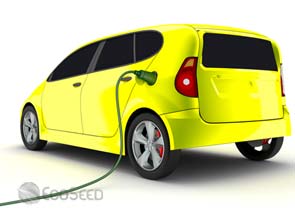 Toshiba Corporation plans to upgrade its manufacturing facility for motors designed for electric vehicles following a major supply contract with Ford Motor Company and optimistic outlook for the EV market.

The Japanese conglomerate will develop its existing plant in Houston in January next year and develop its first overseas manufacturing base for automotive propulsion motors.

The Toshiba International Corporation site in Houston produces motors for industrial equipment. Toshiba currently produces its automotive propulsion motors in Mie Prefecture in Honshu, Japan. Production of the automotive motors in the new site is planned for 2012.

But as the automotive industry shifts to greener vehicles, Toshiba estimates that the global market for motors for electric vehicles will grow to 50 billion Japanese yen ($551 million) in 2009 and expand to 1 trillion yen in 2020.

The conglomerate, with business segments covering digital products to social infrastructure such as power and water systems, aims to capitalize on the EV market, which also drives the batteries industry.

Toshiba’s projections jive with studies conducted by analysts such as ABI Research, which said in a recent report that the global market for plug-in electric vehicles will reach $11.75 billion by 2015.

Another study by Pike Research concludes that Asian manufacturers will dominate the market for batteries of electric vehicles and will take up half of the $8 billion industry by the same year.

To prepare for the growth of these markets, Toshiba is focusing on developing key components for electric vehicles, such as inverters and drive motors. It is also promoting automotive technology advances in dedicated on-board control systems for batteries and intelligent traffic systems.

The Houston facility is expected to lead the company’s marketing of automotive systems and components in the United States while strengthening collaboration with other automobile manufacturers and increasing auto companies’ local procurement of key components. Toshiba (TOKYO: 6502) is currently involved with over 740 companies and has annual sales of about 6.3 trillion Japanese yen.