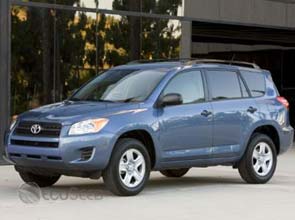 Tesla Motors Inc. and Toyota Motor Corporation are moving their partnership to the next level with an agreement to develop an electric version of the popular RAV4 sports utility vehicle.

Tesla will build and submit a fleet of RAV4 electric vehicle prototypes to the leading Japanese vehicle manufacturer within this year.

The prototypes will combine the architecture of the original Toyota RAV4 model with Tesla’s electric powertrain. According to Tesla, a first out of a series of prototypes of the E.V. has been produced and is now being tested.

In May, Toyota chose Tesla as its technology partner in its bid to enter the pure electric vehicle market. The two companies planned to create a team of specialists dedicated to the development of electric vehicles, E.V. parts, production systems and engineering support.

The partnership came with a $50 million investment announcement from Toyota for Tesla, which was then preparing for its initial public offering.

Toyota reportedly sifted through its model portfolio and afterwards considered the RAV4 as the best candidate on which to base an E.V.

“We looked at many different combinations, but the RAV4 made the most sense from the beginning,” Toyota spokesman John Hanson told the New York Times. “It’s a small S.U.V., and it gives us a lot of flexibility with packaging,” he said.

Toyota previously made and released an electric version of the RAV4 mostly through leases and a few through sales but discontinued the program in 2003. That RAV4 only sold about 300 vehicles each year.
Toyota (NYSE:
TM
) cited technical issues for suspending the program, most especially the impracticality of replacing old batteries for the RAV4. Toyota said then that replacing an E.V. battery when its storage capacity decreases to 80 percent of original capacity was cost-prohibitive. Tesla (Nasdaq:
TSLA
) said its goal is to produce “increasingly affordable electric cars for mainstream buyers” to drive down costs.

Past, though limited, acceptance of the previous all-electric version of the RAV4 may have played a role in Toyota’s decision to work with Tesla this time, reports say.

In a review by the U.S. News Rankings & Reviews, the 2010 version of the RAV4 chalked an overall score of 8.6 – ranking third out of 24 affordable compact sports utility vehicles. The 2010 RAV4 bested the Volkswagen Tiguan, Mitsubishi Outlander and Ford Escape Hybrid.