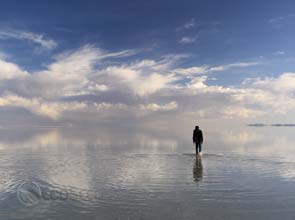 AmeriLithium Corporation has received the deed for the Clayton Deep lithium project in Nevada, marking a welcome respite for the global lithium industry whose reserves are in danger of running dry due to the massive rollout of electric vehicles.

Nevada Alaska Mining Company Inc. will retain a 2 percent net smelter royalty in a project, or a certain percentage of the revenue generated by the mine.

The mining project is located in Clayton Valley, which has the highest lithium content found in any brines in Southwestern United States according to the United States Geological Survey.

Despite the region’s abundant lithium deposits, only one lithium mining facility is based in the United States. Operated by Chemical Foote Corporation, a subsidiary of Rockwood Holdings Inc., the plant extends to 1,280 acres and has extracted more than 55,000 tons of lithium below the valley since 1967.

The United States Geological Survey projected that global demand for lithium will grow by 20 percent annually primarily because of the car industry. Experts estimate that Mitsubishi Motors alone could eventually eat global lithium supplies in less than 10 years, unless new sources for batteries are found. The Japanese carmaker plans to release an electric vehicle soon.

Half of the world’s known lithium reserves, estimated at 5.4 million tons, lies underneath a remote salt flat in Bolivia called Salar De Uyuni. Chile boasts of lithium reserves estimated at 3 million tons, while China and the United States have 1.1 million tons and 410,000 tons respectively.
AmeriLithium (OTCBB:
AMEL
) has a lithium portfolio consisting of more than 724,000 acres, including a project in Alberta, Canada and a project in Western Australia.