Waste pickers as service providers: Why not 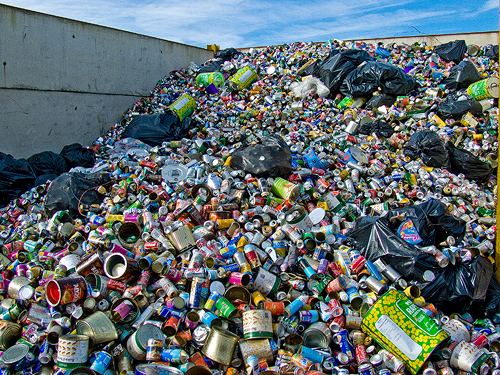 Historically, waste pickers have been perceived as a problem. Some successful experiences show that they can be part of the solution.

Should we recycle? No doubt about it. Recycling yields both environmental and economic benefits, as it helps reduce waste and allows industry to reuse recyclable materials, improving the post-consumer effect of its products.

There are two basic recycling models: a formal and an informal one. In countries and cities where disposal is organized, controlled and priced, municipal formal recycling can be a means for local governments to reduce costs by diverting materials from the waste stream. Modern and environmentally adequate disposal is expensive. The average cost in Latin America and the Caribbean (LAC) of disposing a ton of waste in a landfill is about US$21. Recycling can help local governments reduce transport and other system costs, as well as to extend landfill life. It is definitely good business for them.

Informal recycling is a commodity-driven business that takes place in the streets and open dumps of cities of all types. This work is carried out by thousands of people who earn their living sorting, aggregating, transporting, cleaning, and selling recyclable materials such as metal, paper, glass and textiles. It is estimated that in the LAC region four million people make their living from informal recycling activities. About 70 percent of this group conducts their activities in final disposal sites, 15 percent in the streets, and the rest in transfer stations or waste generation posts. In countries such as Brazil, informal recyclers are responsible for as much as 90 percent of the materials that enter the formal recycling chain. These materials are generally sold to small, medium and large buyers in the industrial value chain that clean, cut, package and resell them to industry.

Because recycling yields monetary and environmental benefits, it is logical to conclude that collecting materials for recycling is a valuable service, particularly in urban areas that generate large volumes of waste. Rather than a solution to a range of environmental, economic and social problems, however, waste pickers are often perceived as a problem. A look at certain common assumptions may help us to understand why.

One common assumption is that waste pickers do not like their work. This is often untrue. Surveys conducted at open dumps that are about to be closed show that as much as 90 percent identify strongly with their work and prefer not to reconvert to alternative activities. For them, waste picking is a profession, a way of life, and an identity.

It is also often thought that waste pickers are unable to organize. This is also untrue. Every day, informal groups formalize into cooperatives and other types of associations, eventually joining larger local, national or even international networks. Over the past 20 years, the LAC region has seen the emergence of many new waste picker cooperatives and national associations, and today about 30 percent of all waste pickers in the region belong to such an organization. There are no less than six national recycler networks in LAC. The largest, best known and most influential of these, the Movimiento Nacional do Catadores de Materiais Reclaveis (MNCMR) in Brazil, represents more than 500 cooperatives and some 60,000 waste pickers. The Latin American Network of Recyclers now operates in fourteen countries and is also linked, along with many of its affiliate organizations, to the Global Alliance of Waste Pickers.

Does anyone still think that waste pickers cannot organize? Some of you may still think, however, that they are unable to provide professional services. This is also untrue. Brazil is probably the best example of this fact. In municipalities such as Londrina, Diadema, Ourinho or Belo Horizonte, catadores, as waste pickers are known in Brazil, are fully integrated into the formal solid waste management system, and are directly remunerated by the municipality for providing collection and other services.

These examples show that a truly integrated solid waste management approach should consider the possibility of incorporating waste pickers as potential service providers. In other words, we should begin to see waste pickers as part of the solution. This is not an easy task. It requires time and resources. It also requires government recognition of this issue and support through enabling policies. Brazil has developed such a national policy for the inclusion of catadores in municipal source separation programs. To date, however, only some 10 percent of Brazilian municipalities have actually implemented these types of programs.

Last year, the Inter-American Development Bank, together with the Multilateral Investment Fund, the Coca-Cola Company, and Fundación AVINA, launched the Regional Initiative for the Economic and Social Inclusion of Recyclers, which aims at promoting conditions for the greater inclusion of this population in the value chain. This is just a small step in a long process of greater recognition and inclusion of these informal professionals as legitimate and valuable actors in the waste and recycling chain.