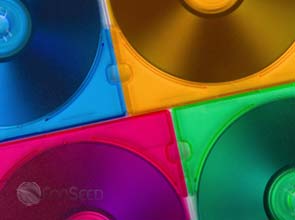 It is obvious that certain albums attain hard-to-find status among enthusiasts. And yet, somehow C.D.’s – and the packaging that they come with –must be reasonably reduced in this era of environmental challenges.

A compact disc is basically plastic which has numerous layers that have undergone complex chemical processes. They are almost impossible to recycle. In addition, compact discs have petroleum-based ingredients, not to mention mined minerals such as aluminum, nickel, silver and gold in the mix – all finite earth resources.

Since C.D.’s are not yet that green, recording companies are trying to make their packaging greener.

Major record labels now use a wide array of earth friendly C.D. jewel cases. A few are even shifting to paper and cardboard slim cases or sleeves.

The industry cannot afford to do without the plastic tray which cradles the disc, but reducing the use of resources is attainable, at least.

The Digipack, originally designed by AGI Media, is made up of a book-style paperboard casing with an attached plastic tray for the disc. Another alternative, PaperFoam packaging, is 100 percent biodegradable and recyclable with paper.

Concern about the carbon footprint of the music industry has been thought of recently, with some musicians taking an active stance on the issue. Chart-topping American folk rock musician Jack Johnson even released his latest album “To the Sea” after producing it in a solar-powered studio.