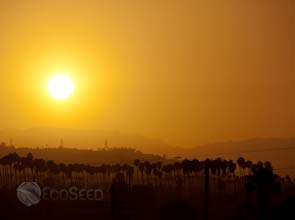 Temperatures in the Eastern Coast have reached 100°F. A heat wave – or three straight days of at least 90°F – has been declared in New York City and surrounding areas.

New Jersey’s largest utility, Public Service Electric and Gas made the plea to the public together with the District of Columbia and grid operator P.J.M. Interconnection in anticipation of increased energy use due to the excessive heat and humidity.

The Alliance to Save Energy estimates that every American household can save as much as $2,000 on energy costs this year if customers could cut consumption by 10 percent to 20 percent.

Customers are asked to conserve electricity between 3 p.m. and 7 p.m. when demand usually peaks. The utility has already reached record-preliminary peak demand at 10,804 megawatts during the heat wave’s onset, nearly toppling a previous record of 11,108 megawatts set on August 2, 2006.

PSE&G advises customers to turn off lighting, televisions and computer monitors when not in use. The utility also requests customers to close doors and shades to keep the sunlight out and preserve coolness in enclosed rooms.

PSE&G also urges its customers to delay heat-producing tasks such as washing the laundry and drying the dishes later in the day, and wait until the load is full.

The Alliance suggests that electricity consumers check their appliances, especially air conditioners, thermostats and electric connections for optimum performance. Consumers are also asked to check if their electric appliances are also duly certified for energy efficiency by the Environmental Protection Agency or the Department of Energy.