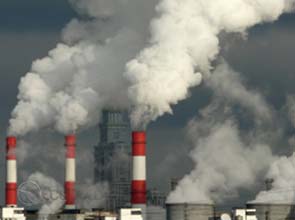 Last week’s auction, the 12th so far, sold 12.53 million out of the 42.03 million carbon dioxide allowances or credits for sale, leaving 70 percent unsold, the R.G.G.I said in a statement.

Reports from Potomac Economics indicate that the latest quarterly auction marks the third time in the last four where bidders failed to subscribe on all available allowances offered for the current or auction period.

The 11th round held in March sold all allowances but the two auctions preceding it in December and September sold only 57 percent and 75 percent, respectively.

Total earnings from this latest round from both “control periods” were $25.5 million. The next auction is scheduled for September 7.

The six-year-old initiative places a cap on carbon dioxide emissions and requires power plants to buy an allowance sold at quarterly auctions for each ton of carbon dioxide or its equivalent that they emit.

An allowance is good for a three-year period during which the reduction target is applied. The first and current period ends on December 31.

The permits can be bought and sold among power plants and other entities, with gains from sales giving sellers financial incentive to operate with less emission. This is because proceeds from the auctions are supposed to be used for renewable energy and energy-efficiency programs.

The entire program seeks to reduce carbon dioxide emissions from power plants by 10 percent by 2018.

RGGI, Inc., the nonprofit which administers the trading system, said utilities made up most of the 25 entities that submitted winning bids for the current control period. From the first to this latest round, 85 percent of allowances were bought by electric generators. Winning bidders’ names are not released to the public. Five entities bid for allowances for the next control period.

Since 2008, the program has raised more than $886.4 million for its member states. Eighty percent of the revenue is being used to pay for renewable energy and energy-efficiency projects.

But New Jersey Governor Chris Christie said the R.G.G.I. was doing nothing to address climate change proceeding to call it “a failure.” In May 26, Mr. Christie said his state would depart from the program by the end of this year. Mr. Christie’s state has reportedly earned $102 million out of pollution permit sales in the trading system.

The RGGI has said New Jersey’s departure and news that other states could follow won’t jeopardize the carbon market.

In New Hampshire, lawmakers passed a bill in June 8 to pull the state out of the program. The Concord Monitor reported that New Hampshire Governor John Lynch, a Democrat, said he would veto the bill.