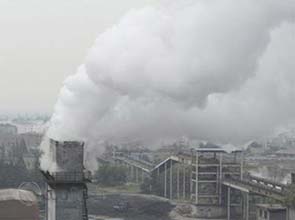 Energy efficiency measures for building and transport are widely supported by many industries, as well as environmentalists.

But carbon market experts say it would be a mistake to put a further layer of regulation on top of the E.U.’s main tool for curbing greenhouse gas emissions – the Emissions Trading Scheme.

The E.T.S. covers about 11,000 factories and power plants, forcing them to buy permits for each metric ton of carbon dioxide they emit, and pushing down their combined emissions with a steadily decreasing cap.

But an overlying mandate for energy efficiency will reduce demand for permits – by about 400 million metric ton in 2013-2020, E.U. sources say – leaving them in the market, and exerting downward pressure on prices.

One leaked study seen by Reuters foresees carbon prices falling to 14 euros per metric ton, compared with a business-as-usual price of 25 euros. Another sees the price dropping to zero.

That would please some energy-intensive industries such as steel, but not those that want to invest in renewable power.

«We are deeply concerned that energy savings resulting from the implementation of the measures proposed in the Energy Efficiency Directive will have the unintended consequence of causing the collapse of or tremendous decline in the carbon price,» the five utilities said in a statement.

They called on the European Commission to draft new laws to rebalance the E.T.S. in future by withdrawing from the market any spare permits resulting from energy efficiency measures.

«Failure to do so could severely hamper business incentives to invest in low-carbon technologies, as the price signal will be skewed in favor of fossil-based solutions,» the statement added.