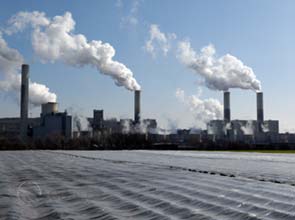 The new version of the emission standards, which is planned to be released for public consultation in late August, will add emission standards of air pollutants or fine particulate matter, and mercury emissions in key areas, reported China Daily.

The version to be approved still follows the standards of the latest version issued in January.

In the existing version of the standard, nitrogen oxide emission cap was cut by half to 100 milligrams per cubic meter for thermal plants that use denitrification equipment, which minimizes the effects from the toxic substances in the flue gas released into the atmosphere, while sulfur oxide emissions are limited to 100 milligrams per cubic meter for new thermal plants.

With plans to implement stricter standards, some industry representatives say that this will be good news for denitrification facility manufacturers with advanced technologies who will take advantage of this planned standard.

However, environmental authorities said that the country might find it difficult to limit nitrogen oxide emissions – which are mainly emitted by thermal plants – during the second half of this year.

In addition, concerns were also raised that with stricter standards, thermal plants will be forced to spend more on pollutant-processing facilities, increasing their financial burden.

So far, the government has set no plans to increase power prices in order to subsidize thermal plants for more expenditure on denitrification facilities due to fear that it may cause more inflationary pressure.

Back in 2009, China mandated that in the Beijing-Tianjin-Hebei region, new-constructed thermal power plants, along with existing coal-fired units, must install or retrofit their facilities with flue gas denitrification equipment by 2015.

In 2010, more regions were added to the list of areas where denitrification equipment is required to be installed. Some of the new areas were the center part of Liaoning, Shandong Peninsula, Wuhan, Changsha-Zhuzhou-Xiangtan region, Chengdu, and Chongqing.