Britain’s seas cleaner but getting warmer and higher 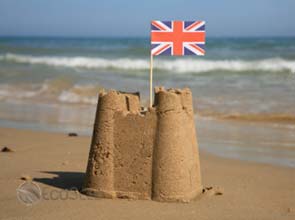 Defra said there were «significant improvements» since its last report in 2005. Many estuaries are cleaner, which has increased the variety and number of fish species.

Fish stocks have improved but many fish are still caught in an unsustainable way.

However, the average sea level around Britain’s coast rose by about 1.4 millimeters during the 20th century, slightly less than the global level which increased by about 1.7 mm a year.

If this trend continues, risks of flooding increase and species could be affected, the report said.

The annual sea surface temperature also increased by 0.5°C to 1.0°C from 1870 to 2007, which affects the balance of species. Cold-water fish like cod are retreating, while warm-water fish like seabass and red mullet are spreading.

Defra also said coastal litter levels were at a record high, doubling between 1994 and 2007 with 2,000 items found per kilometer of coastline.