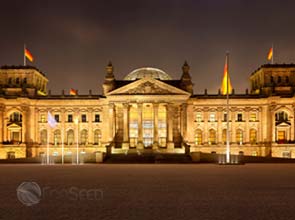 This comes after Germany’s Bundesrat, which represents the country’s 16 states and is considered as the country’s upper legislative house, agreed through a conciliation session with the Bundestag federal parliament, where slight reductions in solar subsidies were approved.

The Bundesrat did not originally agree to cuts proposed by the Bundestag last month.

The government had said subsidy reductions are needed because the price of solar panels has dropped by 30 percent recently, resulting in oversupply.

“Over the past months the gap between the rapidly sinking costs of photovoltaic systems and the slow reduction of support rates has become wider and wider” said Norbert Röttgen, federal environment minister.

“To allow investors to gain unacceptably high returns which the majority of consumers have paid for via their electricity bill would discredit the expansion of renewable energies as a whole," he added.

With the finalized deal, feed-in tariffs for solar roofs will be trimmed by 13 percent retroactively from July 1 instead of the originally planned 16 percent.

Premiums paid for open-field solar projects, such as those set up on agricultural land, will be reduced by 12 percent instead of 15 percent, while cuts for solar facilities in converted military and industrial sites will be cut by 8 percent instead of 11 percent.

Germany Trade & Invest, the country’s trade promotion agency, said the resulting tariff rates will still remain attractive. Rates will range from 25.01 euro cents to 34.05 euro cents (31.6 cents to 43.01 cents) per kilowatt-hour for systems connected to the grid during the first three months of the year.

Projects to be connected afterwards will receive 24.16 euro cents to 32.87 euro cents per kilowatt-hour.

While feed-in tariff rates for rooftop installations will be reduced, incentives will be given under the “own consumption bonus” directed at owners of rooftop solar power systems smaller than 500 kW in capacity. Households that do not feed solar electricity to the grid but consume it themselves are paid up to 8 euro cents/kWh.

Germany also more than doubled the federal target of installed solar PV capacity annually from 1.1.gigawatts to 1.7 GW to 2.5 GW to 3.5 GW by 2010.

Germany Trade & Invest believes the amendments to the feed-in tariff will mark a shift towards more roof-mounted solar projects that will coincide with an increased demand from households.

Despite unfailing interest in large multimegawatt solar plants, small rooftop systems continue to dominate the German market. More than four-fifths of the 9,000 megawatts of solar PV active in the country have been installed on rooftops. Industry observers speculate that Germany could install more than 4,500 MW this year after installing a record 3,800 MW in 2009.

In the United States, solar rooftop systems produce 1,600 MW of electricity, with less than 800 MW found in California. Canada has 100 MW installed, around half of that installed in Ontario.