CPV technology has low land and water use footprint – study 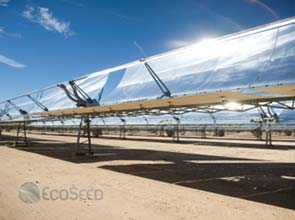 Researchers from the Renewable and Appropriate Energy Laboratory of the University of California, Berkeley conducted a lifecycle assessment on concentrating photovoltaic systems which found that these systems have distinct environmental advantages.

A concentrating photovoltaic system converts light energy into electrical energy in the same way conventional photovoltaic technology does. The difference is that a CPV system uses an advanced optical system – similar to the parabolic troughs and concentrators used in solar thermal generation – to focus sunlight.

CPV systems also incorporate tracking systems, with the panels mounted on tracking axes to follow the sun’s movement. CPV systems are said to maximize the potential of sunlight better than other systems.

The study was commissioned by the CPV Consortium, a global nonprofit organization that supports the development of the CPV industry.

The researchers conducted a life cycle assessment, an assessment of the environmental impact of a technology from inception to retirement, on the different aspects of CPV.

The study took into account three different phases in the life of CPV: fabrication of modules and deployment in the field of the tracking system; energy production; recycling and disposal.

In each of these phases, the researchers looked at the energy payback time, embedded greenhouse gases, land use and water use of the system.

One of the most significant findings was that, in comparison to solar thermal generators, the technology’s water usage is minimal, making the technology optimal in dry, desert areas with a high solar resource.

Moreover, the land covered and impact of a CPV system is lower than both conventional PV systems and solar thermal systems. This decreased land demand is due to the high power conversion efficiency of CPV.

Even if the tracking system of a CPV system might require a larger amount of space than a solar panel, the efficiency of the system is such that a CPV system can generate more energy than another technology occupying the same area.

“We are always looking for technologies to allow us to dramatically increase the amount of energy output per built area in order to minimize the footprint on the ground,” said Dr. Daniel Kammen, director of the Renewable and Appropriate Energy Laboratory at UC Berkeley. “Concentrating solar minimizes overall land area use to a degree that almost nothing can beat.”

The study also used UC Berkeley’s Switch model, an electric power system capacity expansion model of Western North America to project how CPV could best be integrated into the grid.

According to the Switch model, it would be economical to install between 12 and 43 gigawatts of CPV by 2030 in the United States Desert Southwest.

“This study demonstrates that CPV technology is not only economically viable, but environmentally advantaged through its entire life cycle. With CPV, we don’t need to compromise between economics and the environment,” said Nancy Hartsoch, chairman of the CPV Consortium board.