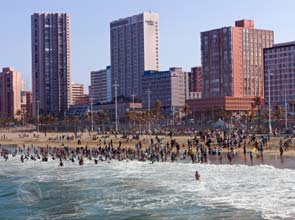 These leaked e-mails, supposedly from scientists on board the U.N.'s Intergovernmental Panel on Climate Change, allegedly prioritize personal agenda rather than scientific truth by highlighting climate change propaganda and concealing information that prove the invalidity of the global warming case.

Clamor for cancellation of policies that radically cap or tax carbon emissions was brought forward to the United States Environmental Protection Agency, the European Union, and other global government institutions with the resurgence of the documents.

Climategate, as what the e-mails were called collectively, "arrived to drain what little life there was left in the man-made global warming movement", according to Marc Morano, publisher of Washington-based Committee for a Constructive Tomorrow's Climatedepot.com, said.

"The new emails further expose the upper echelon of the U.N. I.P.C.C. as being more interested in crafting a careful narrative than following the evidence," he added.

For his part CFACT executive director Craig Rucker said: "The release of these emails is yet another major setback for alarmists who are hyping fears over climate change in order to exercise influence over ever-increasing segments of the U.S. and world economy."

Among the purported scientists who were involved in a series of e-mails supposedly discussing the insufficiency of evidence they have to validate the existence of a global warming phenomenon were Phil Jones and Keith Briffa of University of East Anglia's Climatic Research Unit, Michael Mann of Penn State University, Kevin Trenberth and Tom Wigley of the U. S. National Center for Atmospheric Research, Philip Stoot, and Ed Cook.

Excerpts from some of the emails include:

The Mike that was referred to in the e-mails is Professor Michael Mann, author of the hockey stick graph, who reportedly said of the e-mails discovered, "Well, they look like mine but I hardly see anything that appears damning at all, despite them having been taken out of context. I guess they had very little left to work with, having culled in the first round the emails that could most easily be taken out of context to try to make me look bad."

Mr. Jones, on the other hand, said in a separate statement that the "models" he was talking about in the e-mail were 1990s climate models, which were "wrong".

"This is a discussion that referred to climate models of the late 1990s vintage. These issues were well-known and they have improved in more recent modeling. This related to model differences in development of a multi-model average for the future. The work was not published in the peer-reviewed literature," he said.

Senate committee on environment and public works chairman James Inhofe, Republican of Oklahoma, said I.P.C.C. findings must not be trusted, and that the U.S. government should stop crafting policies that would adhere to its platforms, especially if such plans would cost the economy hundreds of jobs.

"If the first Climategate scandal - and the over 100 errors in the I.P.C.C. science that were revealed in its wake - were not enough, the apparent release of the Climategate 2.0 emails is just one more reason to halt the Obama E.P.A.'s job-killing global warming agenda," Mr. Inhofe said in a statement.

"The I.P.C.C. science has already disintegrated under the weight of its own flaws, and I believe it will only be a matter of time before the endangerment finding follows suit. The evidence of scientific corruption is overwhelming," he added.

For his part, Washington-based think tank Competitive Enterprise Institute director Myron Ebell said: "If there were any doubts remaining after reading the first Climategate e-mails, the new batch of e-mails that appeared on the web today make it clear that the U.N. [I.P.C.C.] is an organized conspiracy dedicated to tricking the world into believing that global warming is a crisis that requires a drastic response."

The University of East Anglia, negating a breach of their networks, said they do not believe e-mails were leaked from their databases.

"While we have had only a limited opportunity to look at this latest post of 5,000 emails, we have no evidence of a recent breach of our systems. As in 2009, extracts from emails have been taken completely out of context," the university said in a statement.

"Following the previous release of emails scientists highlighted by the controversy have been vindicated by independent review, and claims that their science cannot or should not be trusted are entirely unsupported.

They, the university and the wider research community have stood by the science throughout, and continue to do so," it added.